Ballots around the Dayton Region are jam packed full of candidates, levies and issues. Today is a big day and your attendance at the polls is critical – New leadership will be elected and most of our major suburbs are in need of additional school levy support. Make sure you exercise your right to vote! 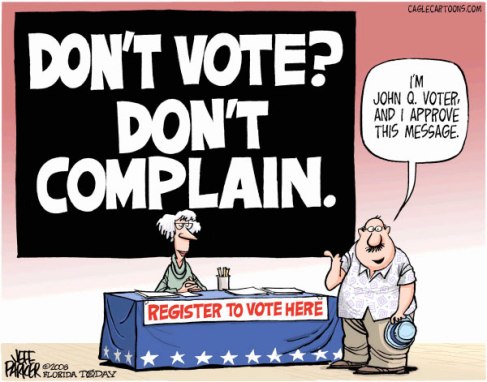 Did you know?  Ohio’s Secretary of State, John Husted, reported that today there will be 1,677 local issues, including 195 school issues on the ballet statewide. That’s a lot of issues for Ohio.  Make sure your voice is heard!

One of the hottest races on the ballot this year is without a doubt the city of Dayton’s mayoral race. This race marks one of the most expensive races in Dayton’s history with seasoned veteran and former Montgomery County Court of Common Pleas Judge AJ Wagner taking on Commissioner Nan Whaley. AJ has bright and innovative ideas, backed by many years of experience and a strong rally of community support. Nan is the endorsed candidate by the Democratic Party, but AJ has received a strong wave of grass roots community support for his vision for the city. This will be the race to watch.

Kettering Mayor Don Patterson is up for re-election… Mayor Patterson has been a strong mayor for Kettering and has lead the city successfully through tough times. Let’s just say Don and the City of Kettering have nothing to worry about, especially with his fabulous wife, Maureen Patterson, by his side.

The City of Clayton Mayoral race is a heavily contested one. Multiple candidates are challenging Incumbent Joyce Deitering, but all my money is on Kenneth (Kenny) Henning. I met Kenny about 18 months ago through Congressman Mike Turner, and boy was I impressed. First elected to office at age 21, while a Junior at the University of Dayton, Kenny proven that he has an acumen for community-based leadership unmatched by many his senior. Kenny, now 23, brings a lot of enthusiasm to the table, and bright innovative thinking that a small struggling community like Clayton needs.

Many major school districts around the region are struggling financially and in desperate need of their proposed levy. Ensuring that all of our local schools stay strong and continue to operate at a level of excellence helps strengthen our communities, and the region as a whole.  Education is of utmost importance. If you live in one of these communities, please Vote YES for your school levy:

For a complete listing of all the races and issues on today’s ballot, check out the League of Women’s Voter’s comprehensive Voter’s Guide.

Remember – If you don’t vote, you don’t get to complain!!

Where can you vote?

Check out the Ohio Secretary of State’s Voter lookup site to find your polling location.

“For pleasure has no relish unless we share it.” - Virginia Woolf:

Like Loading...
05 Nov This entry was published on November 5, 2013 at 12:13 pm. It’s filed under Uncategorized and tagged Civic Duty, dayton, Elections, Levy, Ohio, Politics, Rock the Vote, Schools, Taxes. Bookmark the permalink. Follow any comments here with the RSS feed for this post.